Spaceflight and exposure to microgravity have wide-ranging effects on many systems of the human body. At the European Space Agency (ESA), a physiotherapist plays a key role in the multidisciplinary ESA team; responsible for astronaut’s health, with a focus on the neuro-musculoskeletal system.
In a space environment, several risk factors threaten the health of the astronauts, including variations in gravity and radiation. Astronauts face multiple challenges in a microgravity (µXg) environment, including deconditioning of the cardiovascular system, suppression of immune function, and imbalance of bone metabolism during spaceflights. Among these, skeletal metabolism-related problems pose a ubiquitous concern among space travellers.
The theory was that a more stringent regimen of resistance training and interval aerobic exercise would help the astronauts stay fit while on the space station for a longer duration.
Despite a rigorous exercise regime, astronauts lose an average of 1% of their bone density per month in space. On Earth, an average elderly person loses 1% of his or her bone density per year.
The physical consequences of a prolonged journey in weightlessness are similar to those caused by osteoporosis, which affects elderly people. However, these consequences aren’t as serious because astronauts’ bone density gradually returns to normal after they return to Earth.

To stay healthy in space, astronauts are scheduled to exercise for two and a half hours per day for six days per week. Most, however, exercise seven days per week. It includes both cardio and resistance exercises to keep their muscles and bones strong.
In other words, astronauts need to stay in shape in order to: Exercise is the most important health priority in space and it is so important for astronauts to exercise while they’re in space. Bone and muscle will decrease in size and strength, and can reduce an astronaut’s ability to do work because it makes them weak, and the weakened muscles and bones would make walking difficult.
Bone plays a very important role as a structure that supports the body and which stores calcium. It retains fracture resistance by remodelling through a balance of bone resorption and formation.
Space gym
Exercising looks a bit different in microgravity. Exercise machines have been modified to simulate a gravitational pull being exerted on the astronauts’ bodies.
The equipments include

The physiotherapist and sports scientist work together closely to prepare the astronaut for spaceflight, monitor exercise performance whilst the astronaut is on the International Space Station and recondition the astronaut when they return to Earth. One clinical commentary focuses on the physiotherapy programme which has been developed over nine long-duration missions. Principles of physiotherapy assessment, clinical reasoning, treatment programme design and progression of the programme, tailored to the individual, are done.
Dr. Joel Godfrey Betram
Physiotherapist 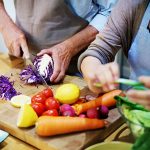 Avoid Back Surgeries at SPARRC