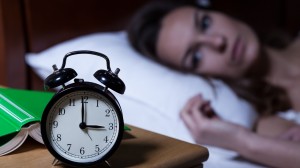 “Exercise is capable of giving sleep as well as depriving sleep,” dad answered.

“How can exercise give or take sleep?” the friend asked.

“There is enough research that gave contradictory results though all the studies were not well designed. It is not only quantity but also the quality of sleep,” mom remarked.

“To understand the quality of sleep it is important to know the stages of sleep. In Stage 1, the brain activity and vital signs are slowed down. In Stage 2, the sleep is deeper with slowing down of vital signs. In stage 3 and 4, the delta waves begin with further slowing of the brain activity and vital signs. The NREM sleep gradually moves into REM sleep. In a night sleep the REM and NREM sleep alternate about four to five cycles,” dad responded.

“What are the vital signs? What is meant by NREM and REM sleep,” the friend asked perplexed.

“The vital signs are the heart rate or pulse rate, blood pressure and the breath rate. REM is Rapid Eye Movement sleep and NREM is Non-Rapid Eye Movement sleep. In REM the brain activity is increased by 20 per cent more than during the wakeful state with eyes moving under the closed eyelids. Dreams last up to 20 minutes. The metabolic rate increases. In NREM each stage is characterised by the specific wave pattern in the EEG. REM and NREM stages take 90 minutes. The adult sleeps seven-and-half hours with 20 per cent of it in the REM sleep,” mom answered.

“Insomnia affects 20 to 40 per cent adults. Exercise is the only natural effective antidote to anxiety and stress. It buffers the brain from the injurious effects of stress. The American College of Sports Medicine states that the heart and the brain are strengthened by moderate intensity exercise of 30 minute duration of aerobic exercise, three-five sessions per week. The relaxation rendered by the exercise drives the insomnia away,” dad added.

“A lot of people complain that they get over tired and still sleep eludes them. Why?” the friend asked.

“The recommendation of Better Sleep Council (BSC) is that strenuous and exhaustive exercise must be avoided late in the day which may increase the body heat called as the core temperature and the undue increase in the adrenalin thereby delaying the onset of sleep. The other recommendations of this council are, to sleep at the same time every night and to awake at the fixed time every morning to avoid a home version of jet lag and keep the biological clock intact.

Stimulants like coffee or soft drinks may delay the onset of sleep or induce disturbed sleep. Nicotine is a more potent stimulant than coffee disrupting the biological clock. Heavy smokers have delayed onset of sleep, frequent sleep disturbances, reduced REM sleep time. Alcohol is another agent that alters sleep, reducing the REM sleep time and the depth of NREM sleep. Fasting and feasting just before sleep delays its onset,” mom said.

“The failure of the schools and colleges, to recognize the good effect of regular exercise is obvious in the minimal allotment of hours to physical education in a weekly programme. It is considered as a loss of time and one pays dearly in the form of insomnia and failure to concentrate. Exercise is the only known intervention that would ensure adequate recovery following sleep. This is achieved by the depth of the NREM sleep and quantity of the REM sleep,” dad said.

“The lack of encouragement from the employer to influence the employee to exercise is the imagination that the provision of adequate reimbursement of medical expenditure alone would protect the workers, when actually the prevention of the medical expenses would have done the trick,” mom said.

“Dr Morgan from the University of Wisconsin has attributed exercise addiction and mood disturbances to excessive exercise, may be in the form of sudden increase in the intensity, duration, frequency and progression. The failure to reach optimal adaptive changes in the muscle or cardio respiratory system and urgency to achieve more in less time leads to sleep disturbances,” concluded dad.