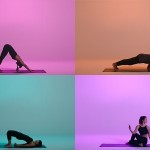 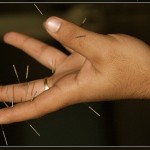 Too much of a good thing is bad 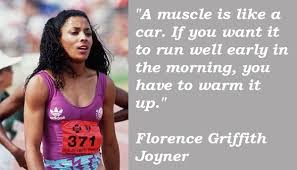 Has anyone won the 100 metres and the marathon title at the Olympics? Why can’t someone be the fastest at the shortest and the longest event?” asked my father’s friend.

My dad replied, “The muscle fibre typing is totally different and the hypertrophy of muscle is detrimental to a long distance run…” when his friend interrupted dad.

“What is this muscle fibre typing and hypertrophy?”

“The human body has two types of muscle fibres. One is slow twitch or slow contracting muscle, otherwise called as type I fibres that has high blood supply and more power units in each muscle fibre called as mitochondria. The muscle is red in colour and the marathon runner has predominantly type I fibres. The other type is the fast twitch fibres that has minimal muscle capillaries and mitochondria hence white in colour. The sprinter’s muscle is predominantly type II fibres,” added mom.

“Can we convert one into another by any training?” he asked.

“The very popular US athlete, Florence Griffith Joyner, known as Flo Jo, the fastest female athlete in the world, world record holder of 100 and 200 meters since 1988 Seoul Olympics, interestingly wanted to achieve this feat of being the fastest at both the events. She died suddenly of epilepsy in 1998 in her sleep. It would have been possible for her to achieve that feat but it would not have been possible for Rosa Mota from Portugal the Marathon winner at Seoul to run the 100m at world class time,” mom said.

“Why do you say that?” the friend asked.

“The Russians were performing motor end plate manipulation surgeries in the 1970s and earlier on the basis that the motor nerve decides the contractile and metabolic properties of the muscle fibre. The switch to regulate the production of type I isoform of myosin…” dad was again interrupted. “Please, you have to make it simpler.”

“The size of the nerve decides whether it would control the slow fibres or fast fibres. The Russians even tried surgeries to switch or cross innervate the nerve from fast twitch to slow twitch and study the consequences. If the training is prolonged, the type II B fibres which are seen in explosive athletes like jumpers and throwers change into type II A fibres which are seen in 400m sprinters who sprint the longest. If the training duration is still prolonged irrespective of the training, the fibres would switch, which would not be beneficial to the athlete. Hence the athlete must use short, sharp intervals of training to maintain the Type II B fibres and not to let them convert into Type II A or even Type I. It is believed that the reverse of switching from slow to fast is not possible,” said mom making it simple for dad’s friend.

“The Russian surgeons made it possible to switch the nerves from the fast to slow muscles or vice versa as the requirement may be. Yet it was observed that regular training would induce changes that may even be detrimental to the performance and the aim of the training itself. This is called as the sprinter’s paradox where the increased training could cause contrary results. It is also interesting to note that when slow twitch muscle is given long periods of rest it seems to manifest the properties of fast twitch fibres and transform into one too. The soleus muscle that is a slow twitch muscle transforms into a type II fibres when it is immobilised in a shortened position or exposed to hypogravity,” dad concluded.