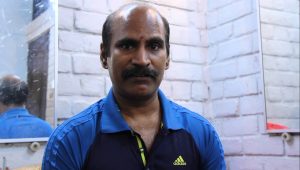 “Is it not the definition for exercise too?” the friend asked.

“No! Exercise refers to planned, structured muscular contractions that raise the heart rate and respiratory rate. This gives us the benefit of physical fitness that is health or skill-related,” dad said. “While exercises can be classified under physical activity the reverse is not true. Yoga and tai chi come under the term physical activity, but not exercise,”

Mom intervened. “Yoga and tai chi give health-related fitness, right? Then why can’t we call them as exercises?” asked the friend.

“The rishis, munis and siddhars, who were the scientists in ancient India, were keen on using the parasympathetic nervous system directly and keeping the blood in the central circulatory system. This was to ensure the oxygen supply to endocrine glands is optimal, which is essential for good health. Yoga is the holistic science without any religious connotations and it is the only system that directly deals with blood supply to all the organs through various postures and specific breathing techniques,” dad said.

commensurate with the demand made by the exercise. Yoga does not allow the release of adrenalin and maintains the parasympathetic drive. Hence, it is not an exercise. Yoga does not belong to any religious order. Yoga is a property of the entire humanity but ‘made in India’. Tai chi is a Chinese form of moving meditation, and meditation is possible only in the parasympathetic mode. Hence, it is a physical activity but not an exercise,” mom added.

“If you ask whether yoga is aerobic or anaerobic as a physical activity, it is neither. If yoga is anaerobic, it must make use of the fast twitch muscles producing oxygen debt. It doesn’t. If yoga is aerobic because it uses the slow twitch fibres, the cardiac output and the oxygen consumption must be increased, it doesn’t. It is almost maintained at the resting phase. The slow, smooth, continuous and coordinated movements of the body segments allow the heart and breath rate to be maintained as in rest phase and still accomplish the posture without any oxygen debt as it uses only the slow twitch muscles,”

“Yogic postures essentially use the core muscles and are indispensable for athletes, who require a core group finely coordinated with the phasic muscles that are fast twitch. Funnily, the postural muscles and the core muscles are tonic muscles and are slow twitch. For any fast twitch muscle work, that is flamboyant outside as a sprint, jump or throw, the slow twitch and core muscle support serves as a subtle yet solid base for the fast phasic movement to be effective, efficient and economical,” mom said.

“That means no exercise is purely anaerobic or aerobic. It requires a slow twitch core to achieve an effective anaerobic exercise, jump or sprint and an aerobic work like long distance running requires fast twitch fibre strength to be efficient. Economy of movement is an optimal participation of both aerobic and anaerobic muscle fibres,” dad concluded.

How do we store, spend and refill energy