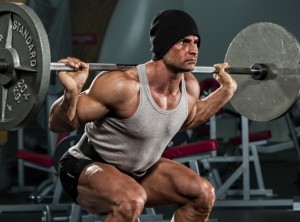 Training for a movement pattern is one and achieving complete range of movement with optimal control is another. It is essential and vital to achieve the range and control of a movement primarily to establish the neuro-muscular coordination and movement pattern for training,” dad said.

“Can you give me an example?” the friend asked.

“Squat is a good one. Establishing the full range of many joints and control over these joints is essential for doing the squat,” dad responded.

“That is my question. Tell me which joint must have what range. I thought it was only the knee joint,” the friend interrupted with impatience.

“The important joint is definitely the knee but the hip and ankle are important too because squat is a multi-joint exercise. The tightness in the hip muscles would cause more spinal flexion during the squat. The tightness in the ankle would raise the heel while squatting. The person who does not have adequate range of movements in these joints other than the knee will still do the squat but with compensations,” mom intervened. 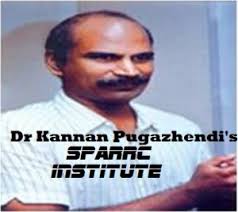 “If these compensations are a regular feature of the training without any correction, it would create wrong coordination in the central nervous system and poor efficiency. Wrong coordination means the order of firing the muscles would be altered permanently, thus altering the quality of the squat,” dad said.

“The stability in the pelvis is essential for the mobility of the joints below. The pelvis must be maintained in neutral position. The tightness in the hip flexors — the iliopsoas (inner hip muscles) and rectus femoris (muscle located in the middle of the front of the thigh) — forces the person to lean forward and alter the squat movement pattern by using muscles that are not typically brought into the movement. This alters the way the central nervous system needs to understand and execute the squat,” mom said.

“What would happen if you do that?” the friend asked.

“The person would do the squat but not efficiently. So what?” the friend asked.

“Yes! If the gardener made a coffee which only looks like coffee, but doesn’t taste like one, it’s probably because he added salt instead of sugar. It may look like a squat, but need not be efficient,” mom said.

“It is easy to understand the consequence in terms of coffee but with squat…,” the friend was still lost.

“With reference to coffee, you immediately know if it is salty or sweet. In the case of a squat, mistakes are identified by trained professionals. It is akin to a person who drinks the salted-coffee, which would reveal itself as high blood pressure years later.

Similarly the individual whose squat is not corrected may suffer from injuries and cannot increase the load later owing to poor efficiency in the movement. The variations would be almost impossible because of the wrong wiring in the central nervous system created during the early years of wrong training,” mom elaborated.

“Potential efficiency takes into account all aspects of human movement. The athlete may have poor stability and mobility, yet perform well in competitions and be good at it too. It is very common to see this in the Indian context. If the individual is asked to change the technique for further progress, the individual would be inefficient. The actual efficiency is the capacity to perform the movement with optimal stability. Hence the individual has minimal injury possibilities and maximum efficiency as the basic qualities of the movement pattern are well established for superior progression,” dad concluded.