Look at the tall boy losing to the short boy in the 100m sprint,” observed my father’s friend.

We were at a school sports day celebration which was my father’s favourite leisure time activity, observing, analysing and evaluating the raw potential of athletes. He wouldn’t hesitate to make a video of the same for further biomechanical analysis.

“There are many reasons for that. The tall boy has very little high knee lift and an exaggerated back kick. His push off on the foot on the ground is poor, thus reducing the flying phase of his run. His knee is not fully locked during the push off. He wears the spikes and the first part of the foot that comes in contact is the heel and that causes more deceleration than acceleration. Besides …” dad was interrupted by the announcement for the next event of 5,000m race.

With the gun shot, the athletes sprint for the possession of the first track and later settled into their race pace.

“What do you mean by that?” his friend asked.

“Sprints are always run on the toes. That is the reason the spikes on the shoe are placed on the fore foot area and not on the heel side. In the short sprint events, the heel part of the spikes would have very little cushioning as the athletes would never contact this portion on the ground or track. The rear foot area would have spikes only in two events — one is javelin and the other is high jump where the rear foot or the heel comes in contact with the track,” my father replied.

As he examined my spiked, he asked “Why do the spike like projections outline the fore foot?”

“Most sprinters’ feet touch the ground with the outer edge of the fore foot, to avoid slipping. This provision is made on the shoe to increase friction. If you see carefully you will notice that these spikes are not hard but firm enough to serve the purpose,” dad said.

Trying to clarify a point my father had raised earlier, the friend asked, “In that case, all sprinters should run only on their toes. You said something regarding the long distance running.”

“Long distance runners should use the heel-ball-toe action instead of the running on the fore foot. Unfortunately in armed forces the recruits are trained to run on their toes. This is mainly a misconception that you can run fast only with your fore feet. This is applicable only to sprinters and not long distance runners and that also includes the warm up and warm down that must be done on the heel-ball-toe action,” my dad said.

“Do you mean to say that even the training given by the police or army is not beneficial?” his friend asked.

“It is not beneficial but also injurious. The reason for women cadets suffering from shin pain and stress fractures in the police, military and paramilitary forces or any form training involving long distance running is due to a faulty running technique. This mainly causes lower limb injuries. Apart from these, the sudden increase in the distance, the surface of running, and the mechanics of running may hurt an inexperienced runner. Slapping of the foot making a loud noise while running leads to more impact being absorbed from the ground,” my dad said.

Unable to relate impact and injury, his friend asked, “How does impact cause injuries?”
“The foot contact during walking causes an impact that is three times the body weight of a person and during running it is five times the body weight. A man weighing 70kg would have an impact of 210kg for every step in walking and 350kg for the running contact,” dad explained.

“It is calculated to be 3,000 tonnes of impact loading. A large truck may carry a maximum of 50 tonnes and a jumbo jet may carry a weight of 3,000 tonnes. Living tissues go through much more and still do not complain, provided it is trained properly and progression is gradual,” dad concluded. 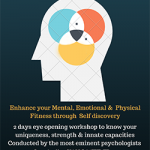 How do we store, spend and refill energy