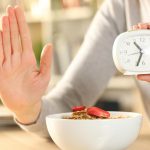 Human life depends on breath. It begins and ends with breath. Maintaining quality and quantity of life purely depends on the pattern of breathing. The failure to know and apply the importance of optimal breathing, by not allowing sufficient oxygen into a cell and not removing excess carbon dioxide, is a very important biochemical event that may shift the body status from health to disease.
The pattern of inadequate breathing is purely a biochemical change affecting cells. Depending on the organ and its capacity to adjust to the demand, it may delay the manifestation of biochemical change for years. Currently, no test is available to prove the presence of Inadequate Breathing Pattern Syndrome (IBPS).

Curing a disease requires the intervention and assistance of medical personnel. Once cured, it is the responsibility of the individual to consciously make efforts to maintain health with available resources.

The human body is capable of maintaining good health by itself without individual effort, is a misconception. It is unfortunate that the germ theory led us to the fact that bacteria and viruses alone are causes of diseases. Little thought is given to what could have caused our defenses to weaken. The answer to this is proper breath control.

Normally, the chemical bonding between oxygen and its carrier (the haemoglobin) in the red blood cells, is high in the lungs and the same attraction between them is reversed at the tissue level, where the oxygen must dissociate with the haemoglobin so that the oxygen can be absorbed by the cells in the tissues. This decreased affinity of haemoglobin for oxygen at the tissue level is because the carbon dioxide concentration is high in the tissues (as it is released as end product of cellular respiration) which makes the oxygen dissociate from the haemoglobin. This is called Bohr’s effect and occurs in normal optimal breathing.

This hypocapnia impedes the normal occurrence of the Bohr’s effect.

Whenever a confusing array of symptoms exist that makes it difficult for the specialist to arrive at a conclusion, then a IBPS could be possible cause. Moreover, when investigations were not conclusive and treatment outcome has been not satisfying then a possible diagnosis is IBPS. The symptoms may range from a headache to an altered sensation in the feet or sometimes involve the entire body with the tightness, inexplicable fatigue, vague discomfort amounting to pain.

Here are a few common symptoms that maybe observed alone or in combinations.

1. Muscular cramps- Unexplained sudden muscular cramps, where it is sudden, painful and involuntary contraction of the voluntary muscle. It usually happens in the calf, but can occur in any other skeletal muscles. There may be no obvious reason but symptoms may persist in spite of treatment or resurfaces when treatment is terminated.
2. Abdominal distention- Minimal eating causing fullness and a bloated sensation with a minor distention of the upper abdomen visibly or on palpation.
3. Increased gastrointestinal disturbances- Improper digestion, belching and feeling of fullness. This is usually blamed on the oil used or gastroenteritis, a mild form of food poisoning etc.
4. Constipation- Constipation is caused by decrease intestinal motility. Severe conditions can cause anal fissures and piles. Treatment alone does not improve the condition.
5. Increased allergic reactions- This may be observed as redness of skin and an increase in cold and cough in an individual. Persons who never used to show these symptoms earlier, seem to be repeatedly affected.
6. Food intolerance- Food that had never caused any form of disturbance at all, now all of a sudden seems to cause nausea, vomiting. One may also experience loss of appetite.
7. Dizziness- When no probable causes are found by the ENT and opthalmologists and medications do not seem effective to keep it under control.
8. Blurring of vision – When the ophthalmic examination reveals nothing but the problem persists and maybe considered as a psychological manifestation.
9. Headache- Commonly referred to as migraine by patient themselves who take up self- medication, but it barely causes any improvements.
10. Tachycardia and Palpitations- Sudden increase in heart rate and an awareness of normal heart beat could initiate all cardiac investigation that may reveal no scary features.
11. Increased fatigue- A sudden obvious reduction in the working potential and inexplicable fatigue without anaemia or hypothyroidism. Work that was easy to accomplish is now strenuous and tiring.
12. Paraesthesia- Altered sensation like tingling, numbness, burning sensation that may reveal nerve conduction defects. But these are only temporary.
13. Muscular tightness and tension causing oedema in the feet, leg, hand and arm.
14. Emotional Disturbances- Sudden emotional upheavals for trivial matters, unmatched emotional response of anger, remorse or crying spells, sudden spells of anxiety owing to a panic attack. These happen more in women than in men, especially one week before the start of the monthly cycle.
15. Insomnia- Loss of sleep. The common complaint is that despite falling asleep, waking up within two hours and failing to fall asleep until early morning.
We at SPARRC assist our patients to be responsible and undo the condition they have got themselves into. We teach them the very simple and natural process of breathing. It is the very basis of our life. We have only forgotten to do it the correct way. A conscious effort of breathing with shorter exhalation, will avoid hypocapnia and improve oxygenation of the tissues. A regular exercise regimen which will induce one to breathe more effectively. Core training and relaxation techniques along with breathing techniques is the key to INADEQUATE BREATHING PATTERN SYNDROME (IBPS).