Fitness Medicine would be a new terminology coined by Dr Kannan Pugazhendi introduced for the first time in the world by The Tamil Nadu MGR Medical University for this course Fitness Medicine Exercise Rehabilitation. It’s a common misconception that Sports Medicine deals with Sports Injuries and caters to the need of the Sports men and women only, as sports is covered by the TV and print media extensively it seems to steal the show.  The most important and larger part of Sports Medicine deals with the exercise prescription keeping the healthy population fit and healthy. Fitness Medicine would be the most important aspect of prevention of Non-Communicable Diseases, NCDs, or Diseases of Inactivity. This new terminology is coined to remove any doubts and misconception allowing the Sports Physician to deal with the Sports Injuries and Sports Rehabilitation only fulfilling the need of the Sportsmen and Women, while Fitness Medicine Physician would deal with Exercise prescription for the Prevention of Lifestyle Diseases and improving the health and longevity of the general population. This course is the actual need of the hour as India confront impending holocaust of NCDs.

India is the world’s diabetic capital. By the year 2020, 50 % of the world population suffering from Diabetes and 60% sufferers of cardiovascular diseases would be Indians. It is demoralizing to see the statistics predicted by the WHO. We are one of the very few countries in the world with myocardial infarction within the age of 30years. The Non Communicable Diseases, NCDs. are the deadliest Nuke ever, Made in India, Delivered in India, mercilessly dropped by India on its own soil with the usual pride of ignorance, indifference and incapacity to contain NCDs. The statistics are alarming and the consequences would be devastating. The agony and anguish of an avoidable tragedy of just not mere morbidity but premature mortality through the NCDs which arrive in different parts of the country marching menacingly towards its victims, invited only by the victims themselves through their lifestyle behaviors. The NCDs are preventable, within the human capacities to transform lifestyles to increase the quantity and quality of life.

Under the life threatening circumstances it is essential to embark on a specialty as Fitness Medicine and give its due credibility and authenticity it deserves. The Intensity, Duration, Frequency, Recovery, Progression, Adaptation and Reversibility of an exercise prescription to keep the healthy population healthy, and minimize the effect of chronic diseases would be the main goal. 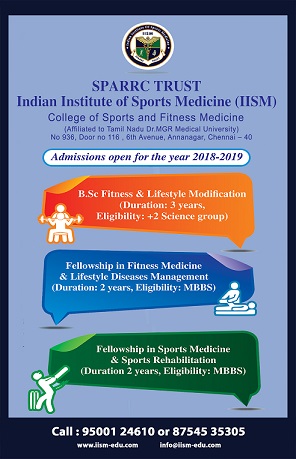 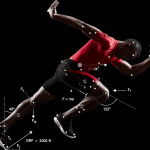