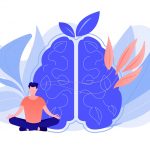 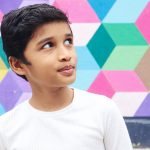 Exercise & Its Relation With Myofascial System

I was pulled into a raging argument when a fellow doctor uttered one of the most irksome sequence of words that I can come across – “its… just… exercise… what’s the big deal?”

A brief look into any Kinesiology (study of Human movement) book will give us a profound admiration (if not worship) and respect for the human movement apparatus – Neuro-myo-fascio-skeletal system. In the simplest sense, muscular system with the fascial and skeletal system produces movement & maintains postural stability in the human body, and this muscular system is controlled and coordinated by the nervous system.

Just like other systems, the neuro-myo-fascio-skeletal system has multiple components – the sensors ie. receptors, receiving neural pathways, receiving centres, intercentre communications, action centres, action pathways, all of which are coordinated via tight precise feedback loops. The receptors (present on skin, in joints, muscles & tendons, ligaments, fascia) that relay information to the neuromuscular system are varied. They pickup myriad of information/stimulus from the environment as well as from the body and relay it via the sensory nerves to the receiving centres located in the spinal cord and brain. These signals are processed along with the action centres and depending on the situation take the best possible action via motor nerves/pathway, which will signal the muscular system to suitably act.

(Tip: For better results from exercise, train your muscles according to type of fibre dominance)

Posture correction exercises are an important component in normalising abnormal postures, and this would offer a certain amount of protection from musculoskeletal pains. And most postural muscles are type 1 dominant (tonic) and it is important to choose exercises that target these fibres – lower loads but higher reps – 15 to 20 reps

(Tip: For better results from exercise, train your muscles according to their functional roles).

Let’s consider the same example. Postural muscles, perform the role of stabiliser as their main role. Hence these should be ideally trained by using holds, ie. Isometric contractions eg. Swiss ball spinal extension exercise – each rep should have an isometric component say 15 reps at 3-4 seconds isometric hold of the spine in extension
Or the exercise itself is a spinal extension hold for a minute
It is not to say that this exercise should not be done in a fast dynamic way. It can be done but it’s important to introduce fast dynamic training of these muscles only after a good amount of stabilizing capacity has been built into these muscles

For smooth and efficient movement to occur, all these roles are of equal significance and for any one particular movement to take place, the muscles around the moving joint will be recruited by the nervous system to perform their respective roles.

Depending on the range of motion, the plane of motion of the movement and the load/resistance for the movement, this recruitment of muscles by the nervous system is done in a particular pattern called Movement patterns or Motor patterns. (ie. for movement ‘x’ in a joint – first muscle A is recruited to do this role at this range & plane of movement, then muscle B does this role, then muscle B & muscle C together do this role etc. – numerous combinations and permutations in recruitment can happen and hence the infinite variations in human movements). As the movement changes, the pattern of recruitment also changes. This muscle recruitment pattern which is stored in the nervous system as a software program is called neural engrams or motor engrams. If the sequence of muscle recruitment were to even slightly alter, the said movement doesn’t happen in a smooth and efficient way and results in a rough, rugged and an uncoordinated movement that is energy-inefficient and can be detrimental at times to the tissues involved in movement. This task of co-ordinating such recruitment patterns not only for one joint but for all joints concerned in the movement is done beautifully by the nervous system. Significantly, the neuromuscular system is integrated along with the thoughts and emotions of the mind .ie. the psyche. One can observe, people when confident, happy and elated exhibit subconsciously an upright, erect posture and when feeling depressed or low, a stooped, rounded and hunched posture.

(Tip: For better results from exercise, plan your training to improve not only the muscular but also the neurological and psychological aspects of movement)
Eg. Both the squat (bodyweight, barbell back/front) and the Smith machine squat are exercises that train the similar muscle groups, (quadriceps, gluteus Maximus & hamstrings), both are multi joint exercises, but the squat is a better choice for most people (all who are able to do it) because it trains the neurological system more (ie. the proprioceptive and balance system) and thus it has a better functional carryover effect onto the individual’s daily tasks!

Every system is integrated with every other system in the human body (circulatory, immune & lymphatic, respiratory, digestive, excretory, endocrine, integumentary/exocrine, reproductive, nervous, muscular, skeletal & hematopoietic), but the muscular system is one that has a significant interaction with other systems. Heightened physical activity implies that the demand for oxygen and nutrition (thereby blood supply) can increase several folds. This is met by increased actions from all systems, but largely by the circulatory & respiratory systems.

Why? – Because if you do not supply your soldiers (read muscles) with the necessary ammunitions (read oxygen and nutrients) for war (read as survival pressures)- you will die. The environment’s evolutionary pressure on the human being (predators, other tribal enemies, climatic changes, starvation etc.) is the war and the movement apparatuses of the body are the soldiers.

What I am trying to convey is that the exhibited “simplicity in a movement” is actually a culmination of complex intricate interactions of different systems, tissues at cellular & molecular level, honed and perfected over years of evolutionary stresses and pressures. This definitely should not to be taken for granted nor looked at with a perspective of scant importance.

Exercises are movements that are done in a structured, planned and repetitive way so as to derive the desired benefits from the body. These ranges from increase in strength and endurance, optimal flexibility, improved cardiorespiratory fitness, ideal body mass and body fat levels, healthier muscle, fascia, bone & joint, better insulin sensitivity, optimal hormonal milieu, better balance, higher agility, greater speed, more power, quicker reaction time, to better co-ordination, motor literacy and movement efficiency and potentially pain-proofing your myofascial system. Thus, exercise is a way to train the body to make the desired changes to do the things we desire.

What is beautiful about exercise is that (because it is simple movement) it can be done by all and it can be adjusted to suit all types of human bodies at all varying levels of fitness. (A word of caution here: This could lead us easily to fall into the trap that “we know all about exercises just because we practice a small segment of it”).

Ideally, each exercise should be looked at as a pharmaceutical drug – it has an effect and it has a dose – it can be wonderful if used appropriately and can be harmful or detrimental to human health/performance if used wrongly or excessively. But the good news is that exercises have a wide safety margin and hence they are relatively very safe in comparison to drugs. (Please note- when it comes to patient population, the safety margin of certain exercises narrows significantly increasing the risk of adverse effects of exercise).

Dr. Kannan has always said
“The key to a proper exercise prescription is about knowing the “Who? Why?, What?, When?, How much? Where? and the How?” of exercise. – if one knows the answers to these questions…, that individual is a top exercise practitioner/professional”.

Thus, any exercise professional should have a thorough understanding of these systems at play in the exercises that he is prescribing. Any movement/exercise practitioner or any patient of musculoskeletal dysfunctions and patients of diseases of inactivity (diabetes, CVDs, etc.), should be aware of this information and should seek out professionals with such aptitude when they get into an exercise program. This is, because only in the field of the sport, exercise, fitness, dance, martial arts, physical training in the army/tactical units, does an individual exposes his human physiology to higher (if not highest) levels of physical demands & stresses than any other field… and that’s where I rest my case.

Does Early Milestone Delay Cause Mental Health Issues In children?