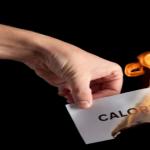 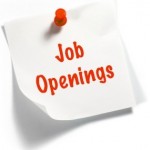 Agility, the secret of a good driver

I do not understand the word agility. Can you help me?” the friend began the conversation.

“Agility is the capacity to change the direction during a quick movement. It is being used by all of us to avoid collision with another individual or vehicle on a day-to-day basis. It is essential to possess this quality in abundance in a sporting environment. It is a skill-related fitness component,” dad said.

“What you mean by skill-related fitness component?” he continued.

“In the case of a vehicle, we only move the steering. How can you call that as agility?” mom intervened.

“In terms of maneuvering around a city in a vehicle, the constant requirement to change direction to avert an accident is a skill. This instant decision to change the direction is a reflex that is imperative for avoiding major collisions. This can be acquired as we practice on a day to day basis to manoeuvre safely,” dad said.

“What is a reflex?” the friend asked. 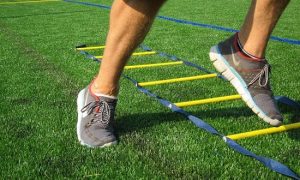 “Reflex is the ability to react to a situation without thinking. We by-pass the higher centres in the brain, that help us to take a decision by valuing the pros and cons. As the decision making time is limited, we use the spinal cord instead of the brain. It is to react to a situation in a game or a street without a thought. It is like a policeman running after a thief and not waiting for an order from higher authorities to do so.”

“You mean that agility is a reflex?” mother intervened again.

“It is a reflex. If the athlete takes time to react, it could be detrimental to the game or performance. In the case of the driver, he is not weight bearing as he is seated. Hence it is considered as only a reflex and not as agility. Hence it must be instantaneous or else it could be catastrophic. In the sporting environment, we are weight-bearing and using the lower body to change direction unlike the automobile where we use the arms. In the car, a hand-eye coordination to steer and concomitant foot-eye coordination to apply brakes and then the clutch to change gears are the requirements. In an athlete, it may require more than that to move the body physically. It would require optimal strength, balance, coordination and speed to be effective and efficient.”

“So if children are trained adequately in agility, would it help them to drive safely on the road?” the friend asked.

“Precisely! Sports training and participation would definitely give them an edge to react better on the road. While walking on the road, agility would be tremendously helpful to avoid an accident. So the driver may not require the strength, speed and other muscular qualities like the athletes, to have good reflex, only when they are behind the wheel. They are on the same level as an untrained athlete walking on the road,” dad said.

“What about two-wheelers where they are seated, but can be weight bearing when they stop?” my sister asked.

“In the case of two wheelers, they are not weight bearing while moving but the element of balance plays a major role in times of crisis to retain the balance and react to an environment. This again is an example to show that the athlete trained in break-fall techniques in a game could safely land even during a fall from an accident or entirely avoid one owing to the superior capacity to maintain balance. An athletic training that includes agility and balance would naturally make superior drivers on road,” dad concluded.

The author is Director of SPARRC institute

How do we store, spend & refill energy